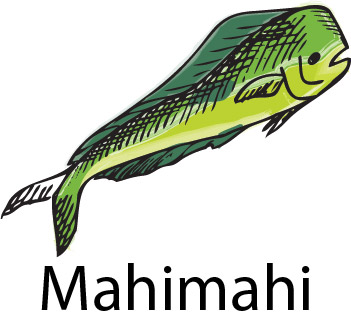 Seasons: Year-round, but best in winter

These abundant fast-swimming fish are often found near buoys or other floating objects in the Kona waters. They
make for a great fight, pound for pound, and their colorful iridescent blue-green-yellow colors and shape make them
a distinctive fish in the Kona waters.

This fast-swimming fish is often caught in the nearshore waters of the Kona coast. Reaching speed of up to 60
miles per hour, Ono, are a fast-hitting, aggressive fish. When hooke

d, your reel will spin and you’ll have a great

fight on your hands. 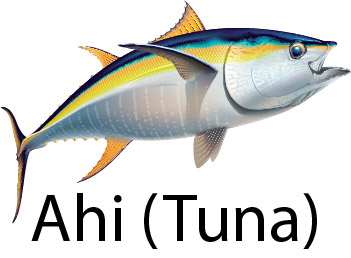 Ahi are a strong, highly-prized fish known for an awesome fight. Most of the ahi caught in the Kona waters are in
the 100 lb – 250 lb range, and are often found in schools feeding on baitfish and squid. 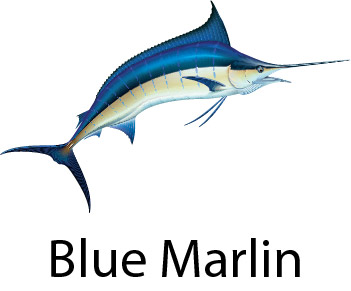 Blue Marlin are the most prized fish in Kona. Our deep ocean, just a few hundred yards offshore, provide a perfect
feeding zone for the Blue Marlin, which are often found around the 500 ft depth mark. Known for a ferocious fight,
often lasting hours, Blue Marlin are what anglers throughout the world come to Kona to fish. Granders, Marlin over
1000lbs, have been caught in the Kona waters year-round.

Seasons: Caught year-round, but best in fall and spring

The smallest of the billfish commonly found in the Kona waters, the Shortbill Spearfish is a deep-water fish, often
found a bit further offshore than other fish. A pelagic surface feeder, the Shortbill Spearfish is often approached
with lighter tackle than the larger pelagic fish. They tend to appear in the Kona waters in the fall and spring months.